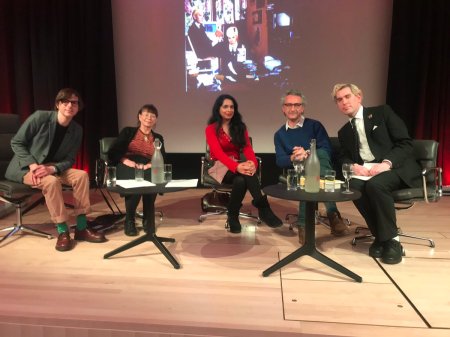 Speaking on Diaries panel at British Library in London, 5th February 2019 with Virginia Ironside, Simon Garfield, Dickon Edwards chaired by Travis Elborough, at which I read extracts from my teenage diaries. Looking forward to another Diaries event in May!